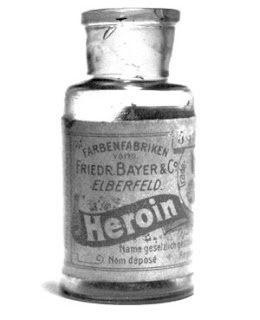 Watch this video
Posted by The Barefoot Beekeeper at 10:39 am No comments:

Ten reasons why the BBKA should not take Bayer's money

Several people have asked me why I think the BBKA should not take money from pesticide manufacturers in return for endorsing their products. That the question even needs to be asked seems to me a sad comment on the moral vacuum that many people inhabit these days, but here are some of the reasons that occur to me:

1. It is unnecessary. On the BBKA's own figures, the money from product endorsement could be replaced by a small increase in the annual membership fee - £1.00-£1.50 - depending on which BBKA document you read.

2. It is unethical. Do the Royal Horticultural Society endorse herbicides? Does the AA (the Automobile Association or Alcoholics Anonymous) endorse whisky? Do the Metropolitan Police endorse crack cocaine? Then why does the BBKA feel the need to endorse products that are toxic to bees?

3. It is unconstitutional. Nowhere in the BBKA Constitution can I find any passage that gives the executive the power to accept sponsorship money from corporations with a vested interest in selling compounds harmful to bees.

4. It damages their credibility. Do the BBKA expect to be taken seriously as advocates of bees and beekeeping, when a significant proportion of their income is derived from profit-seeking corporations with contrary aims?

5. It is against the stated objects of the BBKA. The BBKA constitution states: "The objects of the BBKA shall be: to promote and further the craft of beekeeping; to advance the education of the public in the importance of bees in the environment". Exactly how are either of these objects furthered by endorsing pesticides?

6. It is unprecedented. I know of no other beekeeping organization in the world that takes money for endorsing pesticides.

7. It makes the BBKA a laughing stock among other European beekeeping organizations, who have been campaigning for years against the use of pesticides that are toxic to bees, and which have killed billions of bees in France, Germany, Italy and elsewhere. The BBKA should be showing solidarity with our European colleagues, not spitting in their faces.

8. It is against the wishes of a significant number of UK beekeepers. If the feedback I have received is indicative of the proportion of beekeepers who have an opinion on this subject, then far more of them are against the idea than for it.

9. It creates a dangerous precedent. The BBKA are proposing to endose products based solely on the data supplied by the manufacturer, without any requirement for independent testing. Once they have shown themselves susceptible to product endorsement, and have become dependent on the income, it will be all too easy to put their stamp on more and more products, until they lose all vestiges of the credibility they once had.

10. Bayer - one of the most vilified and untrustworthy corporations on the planet - will gain far more from this exercise that the paltry few thousand pounds they are handing to the BBKA. Their single aim is to make a profit - the bigger the better - and they are doing it by selling ever-increasing quantities of products that have been proven to be deadly to bees and all other insects - with the BBKA symbol on the label.

I could go on, but if you are not convinced by now, I would be wasting my time.

But I will add one more question: why is the BBKA executive so very, very keen to accept Bayer's money?

They have suppressed discussion of this subject on their web forum (banning me in the process); they have censored beekeepers' comments from their own web site, once they realised that they were all opposed to their position (see www.britishbeekeeping.com for details); they have published endless propaganda on this subject in their newsletters; they have refused to print opposing points-of-view; the president, Tim Lovett, has personally canvassed his own Surrey branch with an outrageous piece of propaganda that reads as if it was written by Bayer's PR agency, making clumsy links between rejecting endorsement proposals and 'extremism'; the president and two of the technical committee have strong links to the pharmaceutical industry, while another member of the technical committee, Norman Carreck is a strong advocate of chemical agriculture who has publicly supported GM and described crop rotation as 'old-fashioned'.

I think there is more to this than the BBKA executive is admitting. What do you think?

Evidence That Pesticides Are Seriously Messing Up Our Honey Bees

Posted by The Barefoot Beekeeper at 9:03 pm 8 comments:

As you are probably aware by now, the British Bee Keepers Association (BBKA) has an arrangement with certain pesticide manufacturers to endorse some of their products as 'bee friendly', despite the fact that they are known to be toxic to bees. They have also failed to make any statement condemning the now widespread use of neonicotinoid pesticides, despite the proven fact that they caused the death of millions of bees in Germany this year, and have done so in Italy and France since the turn of the century.

When making statements to the press, the BBKA seems very reluctant to even mention pesticides as a possible cause of problems to bees, despite massive European evidence to the contrary. BBKA secretary Mike Harris was quoted recently in the Yorkshire Post as saying "...Colony Collapse Disorder was caused by the varroa parasite. Pesticides were a separate problem..." (http://www.yorkshirepost.co.uk/farming-news/Insecticide-ban-plea-to-help.4558542.jp)

Earlier in 2008, following the massive bee poisoning incident in Germany, quickly proven to have been caused by Bayer's neonicotinoid seed dressing Clothianidin, the BBKA published a statement about their endorsement of pesticides on their web site, claiming that they had the support of 'the overwhelming majority' of members. They provided an opportunity to comment on this statement and within a matter of a couple of days, 20 beekeepers posted comments condemning their policy as unethical. Their response was to remove the comments from their site, thus censoring their own members views. You can still read the original comments at another site set up for the purpose (not by the BBKA) here - http://www.britishbeekeeping.com

Many beekeepers consider that the BBKA's financial relationship with Bayer and Syngenta effectively prevents them from fulfilling their prime function as guardians of the interests of bees and beekeeping.

Now the BBKA appears to be planning to extend its endorsement of bee-killing pesticides, by becoming a rubber-stamping body for Bayer, with no requirement for independent testing - merely a review of the manufacturer's own data. You can read the full text of their proposals here http://www.biobees.com/forum/viewtopic.php?p=13413#13413

Considering that complete severance of financial ties to pesticide manufacturers could be replaced only a £1 increase in membership fees, it seems remarkable that a national body claiming to act in the best interests of its membership would compromise their integrity so readily and so cheaply.

Bayer is one of the most untrustworthy corporations on the planet, with a record that would shame the most hardened criminal (see their Wikipedia entry, just for starters), yet one of the oldest and once respected beekeepers' organizations thinks that 'taking their word for it' is an acceptable way to assess Bayer's toxic products.

We call upon all beekeepers to make their views on this subject known to the BBKA.

You can send them an email using this form http://www.britishbee.org.uk/contact-hq.php

or perhaps you would like to send the BBKA president, Tim Lovett, a personal message? If so, here is his email address - tjl@dermapharm.co.uk

Tim Lovett, president of the BBKA, is also Chairman of the Surrey Bee Keepers Association, in which capacity he has circulated this piece of propaganda to his local members in an effort to ensure that his own branch don't cause him embarrassment by voting out the endorsement of pesticides at the next BBKA ADM. It could easily have been written by Bayer's PR team, and will be of interest to students of propaganda - particularly in the way it clumsily makes the connection between voting against pesticide endorsement and 'extremism'.

Posted by The Barefoot Beekeeper at 4:04 am No comments:

Friends of the Bees

Buy The Barefoot Beekeeper from Lulu

...well that's what my friends call this blog - and it's not far from the mark, I suppose. Bees and beekeeping have become a bit of an obsession of mine over that last few years and this blog is a great way to get stuff off my chest. I have a 'proper' - see Biobees.com - with information about my experiments with sustainable beekeeping in top bar hives.

A group of us 'natural beekeepers' have formed a charity called 'Friends of the Bees', with the aim of raising funds to do more research into low-cost, low-impact beekeeping.

Here is a Beekeeping Bookshop that you may like to peruse, while those of you who live in Devon may find some useful beekeeping information at the South Devon Beekeeping site.

I have started a personal blog, where I will post stuff that is not necessarily related to beekeeping (I do other things as well!).